A visit to Portugal without sampling Pastéis de Nata or simply called Nata isn’t complete. In this post I gladly share Natas from 3 bakery chains in Lisbon.

This is the institution where Pasteís de Nata was first created by the monks in Jerónimo Monastery in Belém, hence the other name for this treat, Pasteís de Belém. Nowadays this original bakery, funded in 1837, caters to tourists and locals. It is located on a step away from the monastery. 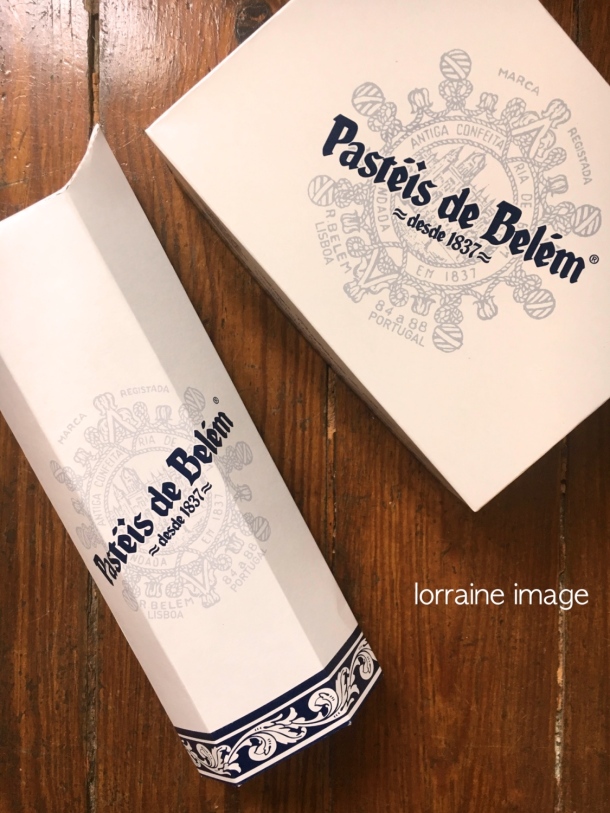 This was my spread at Pasteís de Belém at 8 am during breakfast. Traditionally the Nata is served with a dash of cinnamon powder which reminds me of Portuguese role in history of finding spices in Far East (read: the Moluccas, current Indonesia). Beside Nata, there are also other products to order varied from sweet to savory. As you can see on the pic I ordered pastry sheets with custard), rissoís (hearty deepfried dumpling with ground meat filling) and thick hot chocolate. For first timers to Pasteís de Belém, don’t be put off by the long queue. This establishment offers 400 seats and its staff works fast. 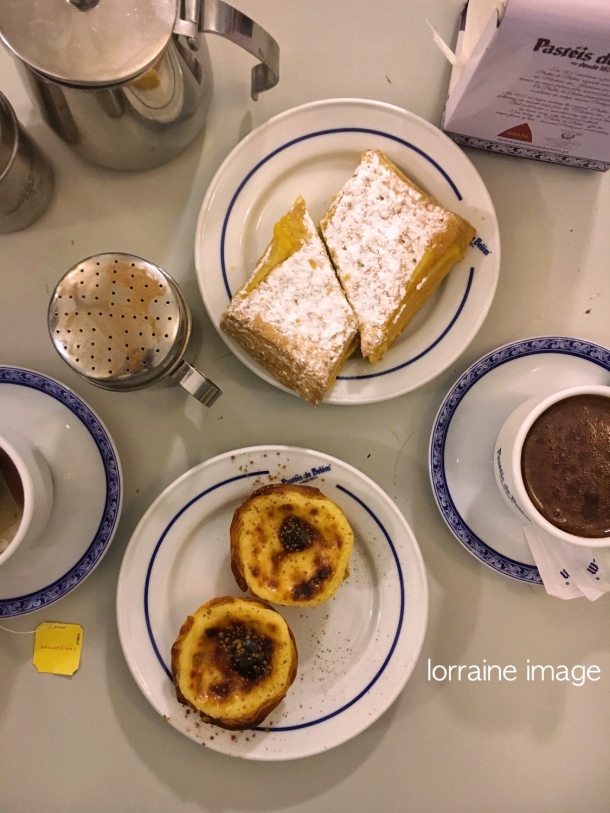 Pasteís de Nata is a pastry shell filled with egg custard. Due to high temperature, the top gets its characteristic black char. The sugar in the custard caramelized. This Nata is from the quite new chain, Manteigaria Fábrica de Pasteís de Nata, funded in 2014. Manteigaria is specialized in Pasteís de Nata. You only find Nata on the menu and bica, Portuguese version of espresso, served in a longer cup.

This is Pasteleria Alcôa funded in 1957. As it name says, it is a pastry shop. So it sells various pastries not only Nata.

You can find Pastelaria Alcôa in a number of locations in the city. The branches are chiquely decorated and the pastries idem ditto. They look immaculate.

Ok, these are not Natas, these are cornucópias or the horns. These crispy horn are filled with custard, special creation of Pastelaria Alcôa which won some award in Portugal, they are delicious!

Back to the Natas. At all three shops I ate two on the spot and bought a box of  10 pieces home to be eaten the day before. This verdict is based on fresh Nata and 1 day old Nata.

For the history sake Nata from Pasteís de Belém can not go wrong. The pastry crust tastes a bit heavier than that from Manteigaria. Nata filling from Pastelaria Alcôa is a bit too sweet to my taste while the pastry crust is light. The price from both pastry shop is € 1,10/piece.

Manteigaria’s Nata suits my taste buds best, both eaten warm or cold. The pastry is light, crispy and the custard is not that sugary sweet your teeth will fall off. From what I have heard when I was in Lisbon, Manteigaria is the locals new Nata darling at the moment. A rounded price € 1,-/piece at Manteigaria makes it an absolute winner.

I have compared these natas because I love food and crazy about the history and adore the craft. Generally natas in all Portuguese pastelarias, whether part of the chains or  little ones, they are all scrumptious!