about me / Art / English / Photography / Travel

The concept of Ciutat de les Arts i les Ciències (City of arts and sciences in English) is offering the city a place for culture and leisure. It took circa 20 years to complete it, from 1989 to 2009. 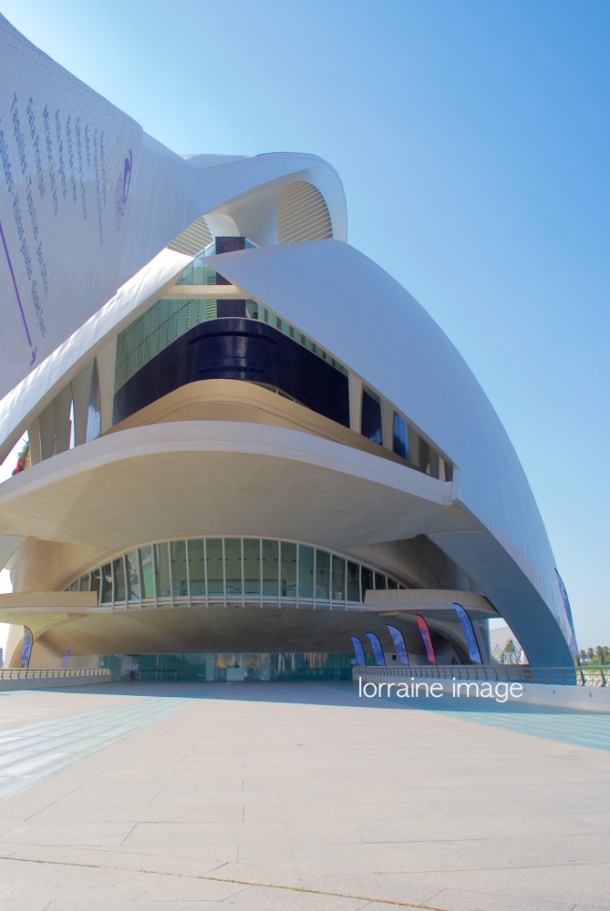 On the background on the right is L’Umbracle. Calatrava smartly reckons with how the shadow hits the water.

I was there around 10 am last summer, so the sun was high. There were runners and tourists there. 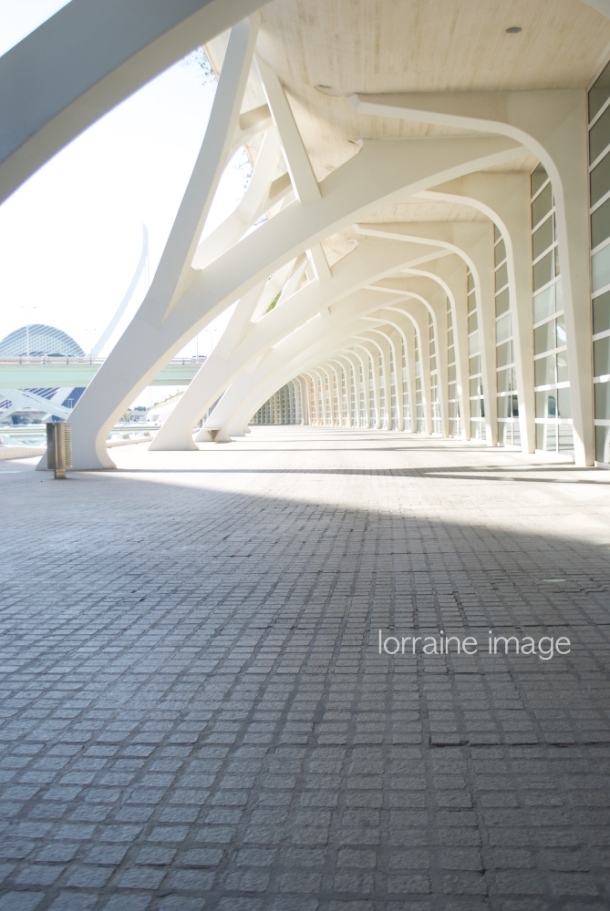 This is Palau de la Reina Sofia, the opera house. It looks like a space ship. The whole complex is futuristic after all.

I love how Calatrava integrates water element here. The lines reflect in the water perfectly. It also creates a wide space in my opinion. This line combination is similar to the ones at the Bilbao airport, also designed by Calatrava.

This bridge with supporting lines looks like another Calatrava bridge in Bilbao, the Zubizuri bridge but it reminds me of the Erasmus bridge in Rotterdam as well.

El Hemisfèric, the IMAX 3D Cinema with Palau de la reina Sofia at the background. There is a photographer present to take pictures of tourists with this background.

During the summer there was an exhibitions of some remarkable statues. Visitors could choose which statue would stay here. I chose this one, unfortunately I forgot the sculptor’s name.

L’Umbracle and the statues on the water element. 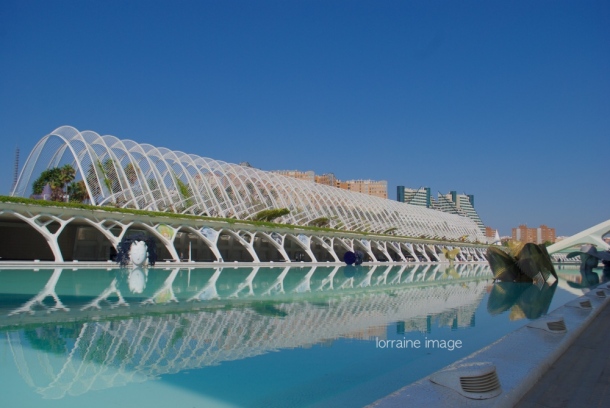 The idea to build this complex came after the opening of Guggenheim museum in Bilbao which gave the city the needed boost for tourism. Municipality of Valencia wanted to achieve that effect and contacted Calatrava for this project. Initially it was budgeted for € 300 million but exceeded up to € 1,3 billion.

Museu de les Ciències Príncipe Felipe. It is amazing how this came up from someone’s fantasy who designed it on paper and thereafter have it actually built, isn’t it?

Look up! This is under the bridge.

I can’t resist not to share this picture of me posing here as I admire Calatrava due to his courage and boldness which is typical in his works. Ciutat de les Arts i les Ciències is surely a must see if you are into modern architecture. If you are not, it is still worth a visit. Let is overwhelm you because when you are there, you’d think you are in another world.