Taking the train from Barcelona Sant station, my family and I reached Valencia after 3,5 hour. It was a fairly nice trip along the Costa del Azahar overlooking the Balearic sea.

Built by the Romans in 138 BC by the name Valentia Edetanorum, the Visigoths from Germania and The Byzantines occupied it. Finally in 711 the Arabs came and changed its name into Balansiya. Three centuries later in 1093 El Cid (Rodrigo Díaz de Vivar, Spanish knight) conquered Balansiya to lose it again to the Arabs in 1102. In 1238 Jaime the Conquerer took the city over. It had become part of the Aragón kingdom ever since and now it is the third biggest city in Spain after Madrid and Barcelona.

As a history nerd I find it important to write about the history of the city because some of the rulers in the past have left their traces in language, architecture, geography and culinary there.

The most famous Roman trace in Valencia is the city gate Torres de Seranos (Valenciano: Portes de Serrans). Paella, Valencian famous rice dish uses saffron originally from the Middle – East, for its characteristic yellow colour. The city of Valencia is capital of the province which bears the same name. It is also known for the juicy orange, Valencian orange. The region has its own language, Valenciano which seems strongly as a mix of Catalan and Spanish.

Enough about the city for now. Let me show you some places there.

This is the city hall in the heart of the city located in the square called Plaza del Ayutamiento. It shows how rich the city once was. On the other side there is the Palacio de Correos y Telegrafos, the post office building.

Plaza de Toros built in 1850 – 1860. This is still in use for bull fights, festivals and concerts. In Valenciano it is also known as Plaça de Bous de València. After its opening it was the biggest bull fight arena of Spain. 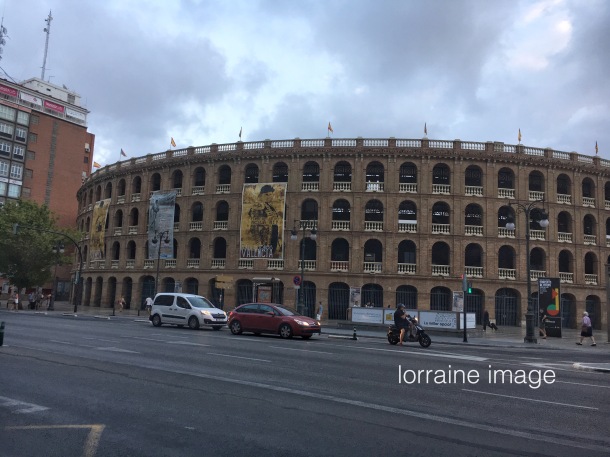 An alley nearby Plaza Redona 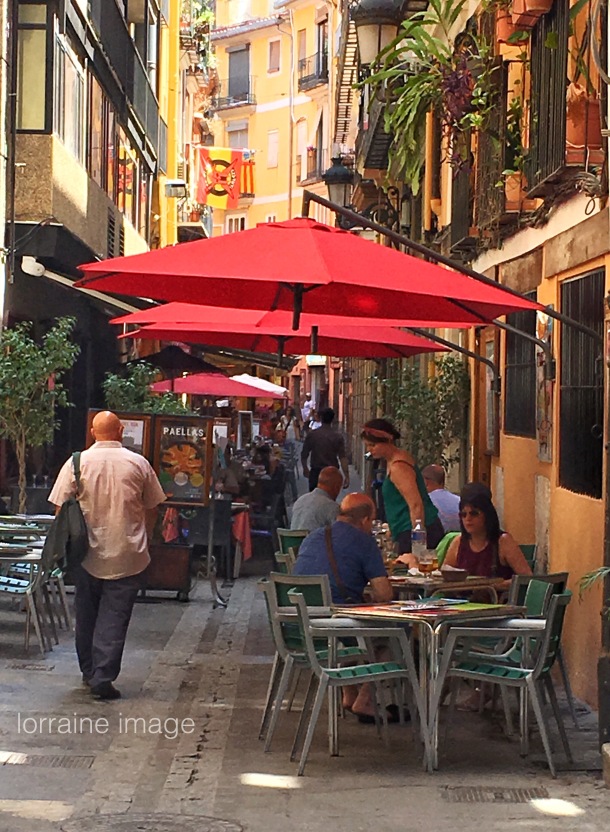 La Lonja de la Seda, the silk exchange dated from the fifteenth century. More of this comes later in a post. 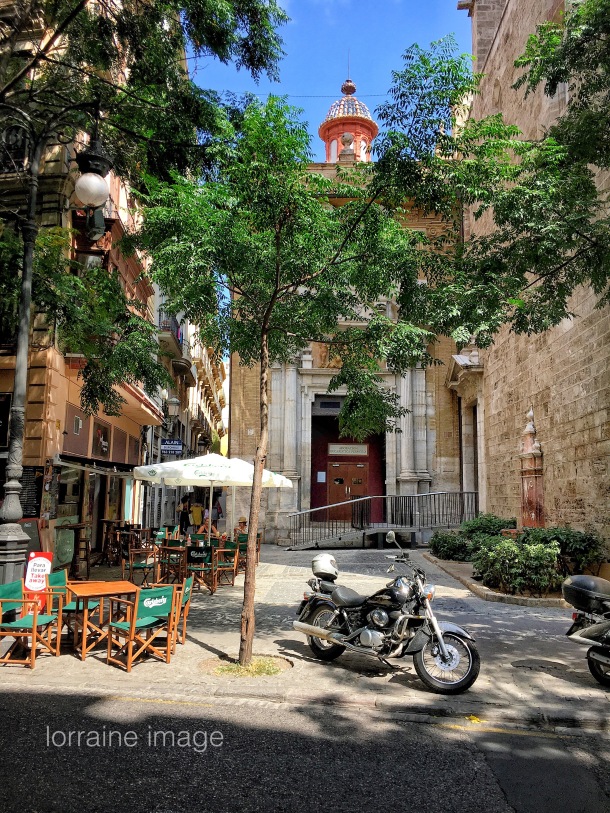 It is a cafe at La Malvarossa beach. It was scorching hot when I was there, 38 degree Celsius! So I took a cocktail in a cafe instead of at the beach. The beach itself is beautiful with a wide boulevard and sidewalk on the long white sand coastal line.

A street in the quarter where I slept, Russafa. This quarter is now a place to be for foodies as it bursts from cafes, bars and restaurants. Being food enthusiasts, my husband and I chose this area immediately when we were searching for a place to stay. And it didn’t disappoint.

And tada! This is one of the reasons why my family and I went to Valencia. La Ciudad de las Artes y las Ciencias from world-known Spanish architect, Valencian born; Santiago Calatrava. I will write a post about this stunning complex.

Well, another reasons visiting Valencia for me are: the birthplace of one of my favourite artists Joaquín Sorolla, the central market and the food.

Another series posts about Valencia is coming up. Stay tuned.

All pics are taken with iPhone, pardon the low quality.